Characters are just equally plain and don't really have personality. I managed to reach until this chapter, forcing myself along the way but it seems I lost anyway.

Other editions. Here is death, sex, and rock-and-roll. One cares for the world. George Orwell. Roosevelt, Sun Yat-sen, and Chiang Kai-shek God's Men by Pearl S.

It looks like I really don't like slice of life type novels. At some points it turns interesting but the regular everyday ongoings are really not of my interest and it's hard to keep reading that way. Therefore I'm really sorry for I dislike not finishing a book or novel I started reading but I can't go against what I deem not interesting. The problem that this novel ever since the first version was how the story started good and it ended up talking about slimes and more slimes.

It seems that the author totally forgot how to connect what happened in the beginning of the story and then just threw a lot of side stories. What happened to the character buildup? Why did the story went from good to bland then tasteless.

And why did the story now revolves around slimes and more slimes. I don't know know what's happening because there It would have been better if there was a character development but it was cutoff not even halfway the first volume. Now toodaloo. Other reviewers have said it already; this novel is mostly slice of life.

Even after the reboot, it's still slice of life, just less boring. The MC's personality doesn't include the doxophobia that Death March's has, and it doesn't include the indecisiveness that Smart Phone's has. However, for those of you who have already read the original, the reboot may be extremely boring. This is because no huge difference has occurred thus far 2 volumes in.

GODS' MAN, A NOVEL IN WOODCUTS.

The only huge difference is that the reboot has a slightly faster pace, and a slightly more detailed writing style. But what do these changes offer to those people who have already read the original? The more succinct and detailed writing style doesn't mean much to us since we still have to wait for the reboot to catch up. The original version of this novel had a nice pace and was a fairly interesting read.

This version is a slow, bloated, uninteresting revision that is far worse than the original. I know it is a slice of life novel so there is no real end goal that the MC strives for, but this is so directionless. The only thing that is added is more mind-numbing, unneeded detail of boring things that the author has already written.

I can understand rebooting if you think you can do it better, but I Not bad, but be warned that if you're looking for a lot of action and a story driven plot then this might not suit you very well. As of v2c37 there is no progression or even a reason for the protagonist to even be the protagonist other than the fact that he's stronger than everyone and smarter too. Basically, it's a slice of life with some fantasy and minor action thrown in for fun. Honestly I read the Manga after this and I thought it was a bit better, unfortunately there isn't much of it.

This series had a great start, it was wholesome and fun with a hint of something big going on behind the scenes. But after some point it feels like all of that was thrown away in favor of a "What will I build today", nothing really happens and the few dialogues that show up are all pretty much mundane stuff that offer no growth in any relationship. I dare say this is event worst than those novels where each chapter is just a giant recipe for "food of the day". By chapter I've read a previous version of this, which is a pretty much identical story with small changes.

I actually liked it at first, but this is really quite a tedious novel to read. I came to really dislike MC, who is your average japanese beta. There is too much focus on mundane stuff and food. MC just keeps on blabbering about all the details of what is going on with him and explain himself to others all the time. It always feels like he is looking for validation from others. Overall I hate the most is the stupid etiquette and dialogs where everyone tries to outpolite one another, fear of offending anyone, idiotic surprises at obvious things e.

MC didn't realize for a while that it is normal to have managers operate the store while the owner is away doing his own thing and is super surprised by that. Especially given that he lived until he was 30 in modern Japan, yea. In addition, this MC is so much beta that he doesn't even get to participate in most main events in the story.

For example, the biggest monsters and largest events all happen without him and only much later in the novel he starts to somewhat participate in bigger events. And I don't actually mind slice of life novels, but slice of life doesn't mean it has to be about every darn little detail of every day.

I guess if MC was not as annoying as this one, I would like the novel much more. I've been following this series for a long time, both the original AND the reboot. While the first story was good, I think this reboot is fantastic. In my opinion, the author has grown by leaps and bounds. At first I was aprehensive of starting the story over from scratch but now I think it was the smartest move they could have made. Let me summarize the improvements: Better character and plot development.

Sure, they play an integral role in how the main character lives, but I think the author has learned how to better explore moving a plot device from the foreground to the background and back again.

Drastically improved story. Like I said, the original was good, but the rebooted story takes full advantage of the authors improved character and plot development. 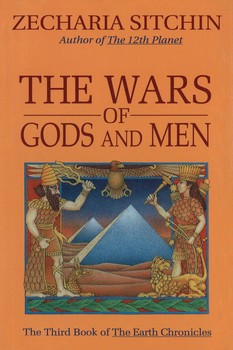 I for one, really enjoy the detail the author goes through to build the world and the story. If you are in the mood for a light-hearted feel-good isekai story, this is it. Edit: grammar. But still the story has been progressing so far as the MC has been interacting the Jamil Household and how greatly he cares for them. I like how Ryouma polite he is even though someone was extremely jealous of him at the tamer guild which is the guild master and still not on the TMPG reboot [collapse].

Honestly this is yet another mediocre LN, our MC doesnt really have any personnality and the even bigger issue is that he's basically a pioneer in magic doing pretty much the very basics, meaning no one in this world has ever used critical thinking, all that just so the author can make the MC look amazing, he even dares to break the 4th wall saying " nothing cliche like in light novel happened" while he uses most of the bad LN cliches, it's like the world the MC arrives in That and the fact nothing really happens and our MC has the amount of charisma of a potato, if you read that far I know you get I'm not recommending this.

At all. Ok I realy liked the first Version before the reboot a lot more. Why you ask? No romance, that tag shouldn't be on this story. Some very fun ideas at times and the first few chapters hit all the feels, but the story slows down relatively quickly and never regains its footing. More importantly, all the heart and drama from the early chapters just stays dead until at least chapter This might be right up your alley if you want some fantasy ordinary daily life, but I can't really recommend it with all the other options out there.

The release speed of the raws is sadly slow at the moment. Compared to the original work, this one is more fleshed out. Simply put, the author got better and he has a second chance. I'm guessing that the author will also fix his flaw of not expanding the world and factions, which lead to him writing himself into a position where a lot of build up would have been required to continue the story. Leave a Review Guidelines. You must be logged in to rate and post a review. Register an account to get started.

Dimensional Paradise. Golden Age Legitimate I Became A Shikkaku Mon no The Man Picked Neo Translations. Haruko rated it Other reviews by this user.

November 29, Status: prologue 1. Dino Translation rated it Other reviews by this user. February 18, Status: Pearl S. This deeply felt novel tells the story of William Lane and Clem Miller, Americans who meet in China as youths at the end of the nineteenth century.

From a background of wealth and privilege, William becomes a power-hungry and controlling media magnate. By contrast, Clem, whose family survived on charity growing up, is engrossed by a project—which he works on ceaselessly, perhaps naively, together with his chemist wife—to eliminate world poverty. The two wind up in America and meet again, each successful in his own area, and as similar in their intensity as they are different in their values.

This ebook features an illustrated biography of Pearl S. Buck — was a bestselling and Nobel Prize—winning author. Born in Hillsboro, West Virginia, Buck was the daughter of missionaries and spent much of the first half of her life in China, where many of her books are set. In , civil unrest in China forced Buck back to the United States.